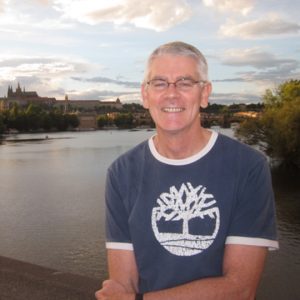 One example of his contributions is Hogwild!, which recently won the Test of Time award from NeurIPS, the flagship conference in machine learning. Hogwild! is a version of the stochastic gradient algorithm that can perform efficiently and reliably on parallel computers without any synchronization between the different processors. (Stochastic gradient is the workhorse algorithm in data science—it is used to “train” neural networks that are the dominant technology in machine learning.) Another example is Steve’s work with coordinate descent methods, in which large optimization problems are broken down into a sequence of smaller problems.

For Steve, the chief delight of the past 15 years has been the realization that his original research area of optimization is central to data science and is front-and-center in a major scientific revolution.

“Like almost any new technology, data science can be used for both good and ill. Fundamental work, like the work I do, can by its nature contribute to both ends. Naturally, we hope that good purposes, like improved medical imaging and faster drug discovery, outweigh the bad!”