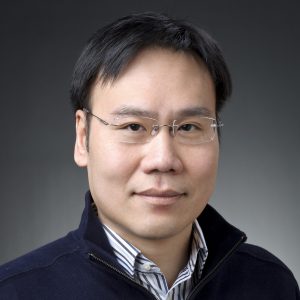 Growing up in Hong Kong, Gary Shiu spent his weekends at the public library, where he discovered from books he read that the answers to many of his questions about the world and the universe lie in physics. As a graduate student at Cornell, his desire to study both elementary particles and cosmology led him to string theory, which encompasses gravity and quantum mechanics.

String theory has more solutions than the number of atoms in the observable universe, and machine learning (ML) helps Gary discover patterns, such as symmetries, in incredibly vast and complex data. Understanding symmetries and their breaking is a central guiding principle in physics. The power of ML is in revealing multi-dimensional patterns that exceed what humans can visualize in our three-dimensional world. Gary also uses physics-based principles on ML architectures to both improve their efficiencies and understand how ML works.

Gary believes that discovery is catalyzed when like-minded people exchange ideas, often enabling them to reach far beyond their own research domains. He and his colleagues are fostering collaborations through a machine learning and physics initiative, including a seminar series he initiated that can sometimes draw as many as 150 people from Physics and other campus departments, and beyond UW-Madison. These meetings are building relationships and partnerships that may lead to future discovery.

“Advances in data science sometimes can turn problems that were once considered impossible into solvable. If the impossible becomes solvable in a reasonable time frame, I think that is really exciting.”